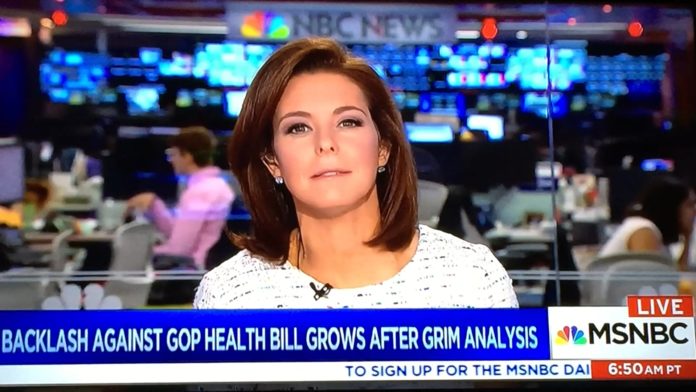 The American Association of Retired Persons (AARP) consumer organization says BCRA will cut between $2.0 and $3.8 TRILLION more from Medicaid than even the Congressional Budget Office estimates:

By dramatically reducing the per capita cap growth factor beginning in 2025, we project that the Senate bill would cut between $2.0 and $3.8 trillion from total (federal and state) Medicaid spending over the 20-year period between 2017 and 2036 for the four non-expansion Medicaid enrollment groups: older adults, adults with disabilities, children, and non-expansion adults (children with disabilities are excluded because BCRA does not subject them to capped funding). A cut of this magnitude threatens the viability of the program in unprecedented ways and will increase the number of people who no longer have access to essential healthcare services and critical supports. The projections do not include the proposed cuts to the adult expansion population, which would also be considerable.

To learn more about the BCRA, visit these resources:

· With less federal reimbursement for Medicaid, states would need to decide whether to commit more of their own resources to finance the program at current-law levels or to reduce spending by cutting payments to health care providers and health plans, eliminating optional services, restricting eligibility for enrollment through work requirements and other changes, or (to the extent feasible) arriving at more efficient methods for delivering services. CBO anticipates that states would adopt a mix of those approaches, which would result in additional savings to the federal government. States would not have substantial additional flexibility under the per capita caps. Under the block grant option, states would have additional flexibility to make changes to their Medicaid program—such as altering cost sharing and, to a limited degree, benefits.

· Under this legislation, starting in 2020, the premium for a silver plan would typically be a relatively high percentage of income for low-income people. The deductible for a plan with an actuarial value of 58 percent would be a significantly higher percentage of income—also making such a plan unattractive, but for a different reason. As a result, despite being eligible for premium tax credits, few low-income people would purchase any plan, CBO and JCT estimate.

· Under this legislation, after the next decade, states would continue to need to arrive at more efficient methods for delivering services (to the extent feasible) and to decide whether to commit more of their own resources, cut payments to health care providers and health plans, eliminate optional services, restrict eligibility for enrollment, or adopt some combination of those approaches. Over the long term, there would be increasing pressure on more states to use all of those tools to a greater extent. CBO and JCT do not have an insurance coverage baseline beyond the coming decade and therefore are not able to quantify the effect on insurance coverage in the long term. However, the agencies expect that after 2026, enrollment in Medicaid would continue to fall relative to what would happen under current law.