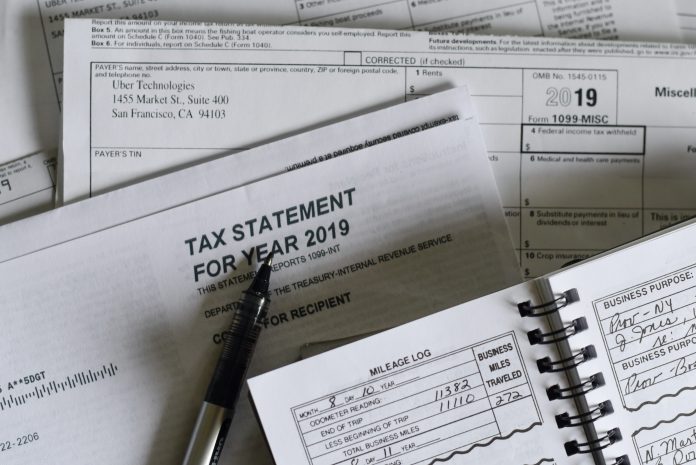 Did you know a bipartisan national bill is the source of tax changes in recent years? Yes: Republicans and Democrats voted together for the changes. But you might believe something different, since inaccurate statements about tax provisions in the Affordable Care Act (ACA) have been floating around the internet for years. These zombie emails and posts linking taxes directly to the ACA keep coming back despite attempts to set the record straight.

Many of the tax rates mentioned in the email (see below) were passed under the American Taxpayer Relief Act of 2012 (ATRA), enacted on Jan. 1, 2013, not the Affordable Care Act. ATRA was a bipartisan response to expiring tax cuts which, importantly, allowed the U.S. to avoid a “fiscal cliff” crisis.

Have you been misinformed? Check this out and decide for yourself!
Here is the full text of the zombie post:

Truth or Myth?
Here are detailed examinations of these claims, including links to the underlying data: 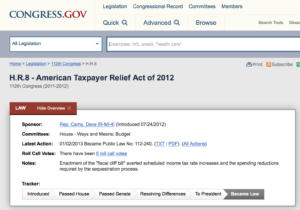 Clarification: ATRA, not ACA. Passed under the bipartisan ATRA, the top income tax rate was increased from 35% to 39.6%. What’s false is the claim that this was part of “Obamacare” and that it went into effect on Jan. 1, 2015. Again, this bipartisan ATRA provision only applies to a small percentage of Americans — single filers who earn more than $415,050 and married couples filing jointly who earn more than $466,950.

Statement #3: “Top income payroll tax went from 37.4% to 52.2%”
Clarification: Nope! First, this is not a technically defined item in tax or other laws. Second, it looks like someone mixed up income and payroll taxes, but these are two separate things. Third, the Tax Foundation estimated in 2015 that if you were to combine income taxes and payroll taxes to describe a “tax burden,” they add up to a total tax burden of 31.5%. Fourth, while there are other methods used to try to calculate “burden,” any way you add it up, no combination of income taxes and payroll taxes reaches 52.2%: that number seems wholly invented.

Statement #5: “Dividend tax went from 15% to 39.6%”
Clarification: Again: No, ATRA, and the numbers are wrong. Passed under ATRA, the dividend tax rate increased from 15% to 20%. Similar to the capital gains tax, this tax rate also only applies to tax payers in the top bracket. Those not in the top tax bracket will pay either 0% or 15%.

Statement #6: “Estate tax went from 0% to 55%”
Clarification: Again: No, ATRA, and the numbers are wrong. The estate tax briefly and narrowly paused at 0%, but only for the estates of those who died in 2010. The top estate tax rate went back to 35% in 2011 and 2012. Under bipartisan ATRA, the tax rate was increased to 40% for those who died in 2013 and thereafter. The tax rate has an exemption amount of $5.45 million per person, meaning: if you make less than that amount, you do not owe any estate tax.

Statement #8: “These taxes were all passed solely with Democrat votes. Not a single Republican voted for these new taxes”
Clarification: Nope, this is false. Most of the tax changes referenced here were passed under ATRA. ATRA had bipartisan support in both chambers — 40 Republicans in the Senate and 85 Republicans in the House voted for the bill, in addition to Democratic Senators and Representatives.

Statement #9: “If you think that it is important that everyone in the U.S. should know this…then pass it on.”
Clarification: Yes, we believe truth matters. We do believe people should know the truth about the emails they receive and the underlying data and facts (or myths!). Most recent tax changes were enacted by the bipartisan ATRA, not the ACA. Please feel free to share this post setting the record straight about taxes, ATRA and the ACA with everyone you know.