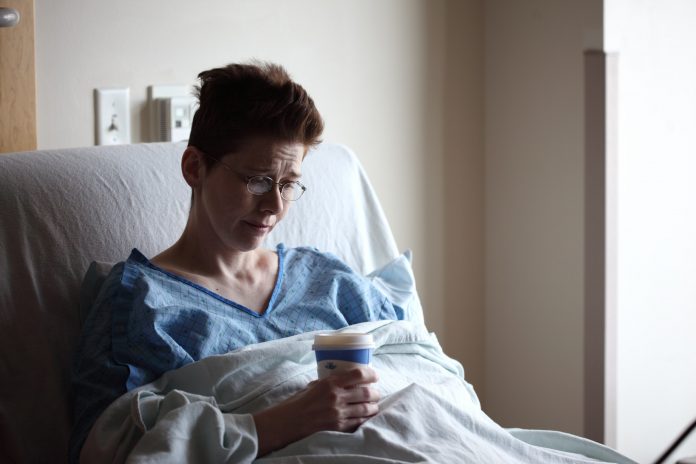 I am a native Texan; and have always been proud to call Texas home. We pride ourselves on being pragmatic, problem-solving leaders of the United States. However, recently, there are some aspects of being a Texan that don’t make me proud. To be precise: Texas’ health care policies don’t make us proud. A new report shows that after the ACA implementation, Texas has both the highest number (over 5 million) and the highest percentage (over 24%) of its residents without health insurance in the country, a decrease of less than 2%. This is the smallest change of any state. Today, millions of Texans are still uninsured and in dire need of healthcare coverage and, as leaders, we continue to do nothing.

Unlike Texas, other states took the initiative to do the best they could for their residents with an admittedly less than perfect ACA in an effort to decrease the number of uninsured. Prior to January 2014, California boasted the largest uninsured population with over 7 million people. Their uninsured rate dropped from 21% in December 2013 to 14% in May 2014. California’s expansion of Medicaid allowed almost 2 million people to gain coverage. 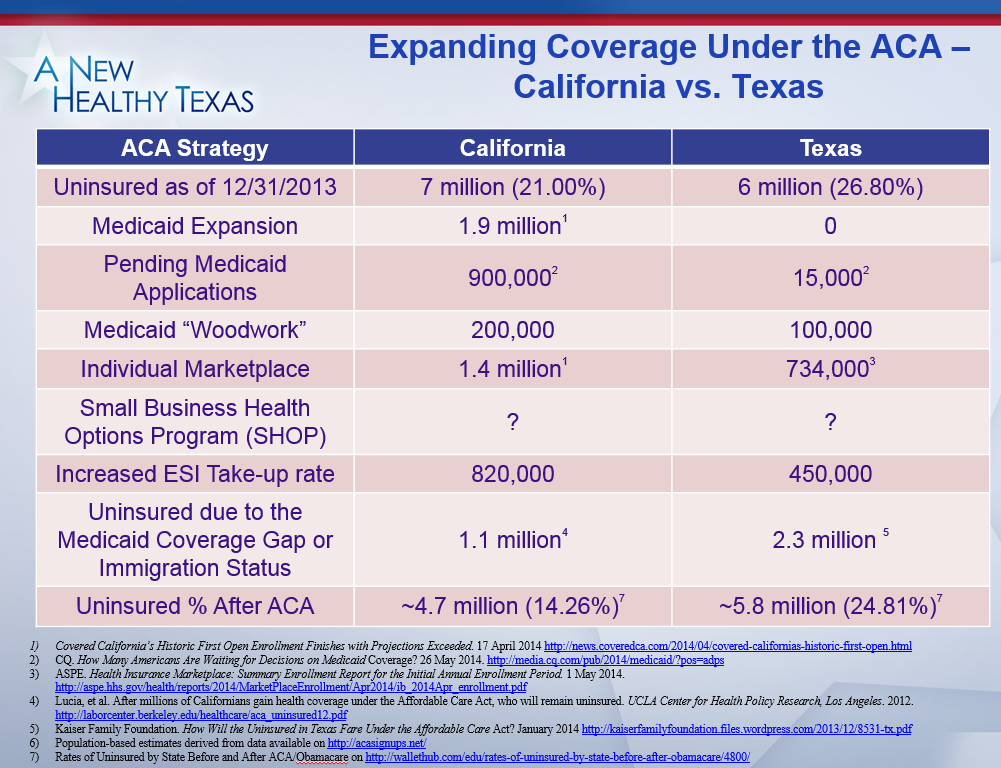 Other states decided that Medicaid expansion as written in the ACA wasn’t the route to take (I agree with them). States like Arkansas, sought alternative solutions to Medicaid which yielded positive results in reducing the number of uninsured. Arkansas’ uninsured rate was down to 14% from 21% pre-ACA. The leadership in Arkansas was determined to address the uninsured issue. Multiple states including Kentucky, Michigan, Iowa, Indiana, Pennsylvania, and New Hampshire have taken similar routes in developing alternative solutions to address the uninsured population. The Federal government offered the states flexibility in designing their specific coverage expansion model. States are implementing HSAs, copays, and premiums into their model which increase the enrollee’s personal accountability.

Every day that Texas does not take action is costing the state money and hurting our own residents, simply in the name of politics (“we don’t like Obamacare”). Millions of Texans still lack healthcare coverage including over 1 million trapped in the “coverage gap” who are unable to access the Marketplace or Medicaid.

As other states have done, we in Texas need elected officials, business people and healthcare providers to have a serious, adult conversation about the consequences of our inaction. We must develop a pragmatic solution that works for Texans. Let’s make Texas proud.