Home Resources What Texans need to know about AHCA vs ACA 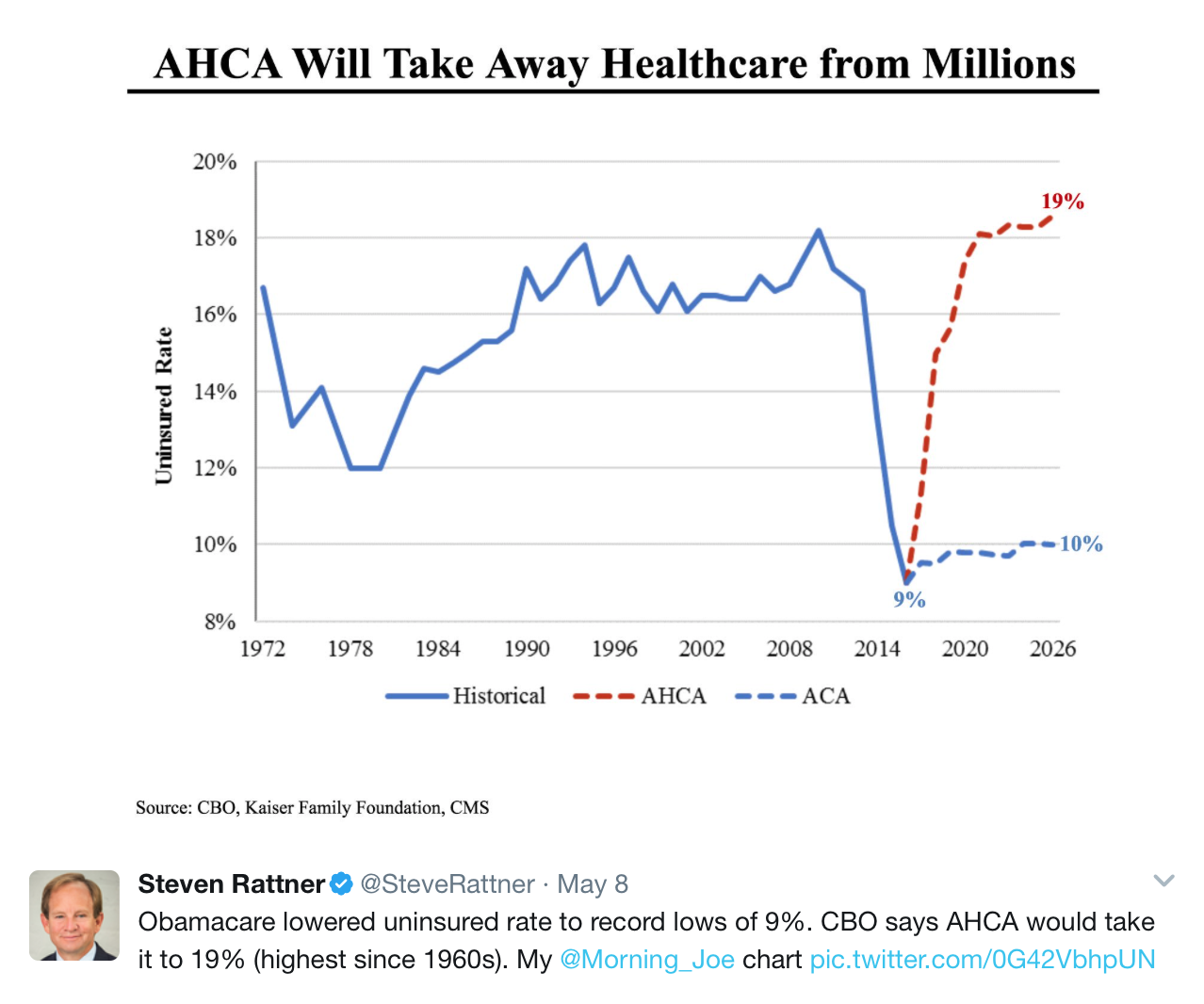 Find out what Texans need to know about the differences between the GOP’s “American Health Care Act” (AHCA) and the Affordable Care Act (ACA). Spoiler alert: the AHCA as written results in health insurance becoming unaffordable for millions of people, with higher costs and lives lost prematurely.

Economic Analyst Steve Rattner shared this chart on the television news program “Morning Joe,” using nonpartisan data from the Congressional Budget Office to show how many Americans will lose health insurance if Congress repeals the Affordable Care Act and passes the GOP’s AHCA. 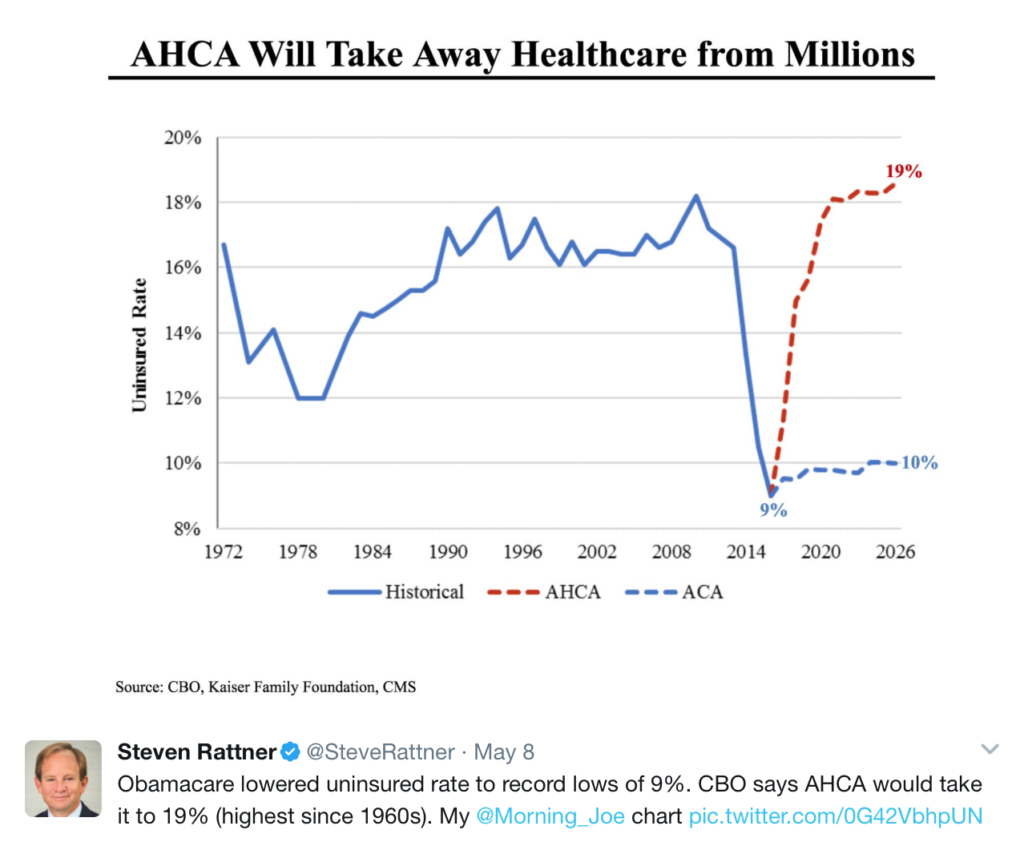 The AHCA passed the House on a party-line vote, with only GOP / Republican Members voting for it. All Democratic Representatives opposed it and supporting keeping/updating the Affordable Care Act, instead. The ACA has insured more than 20 million Americans.