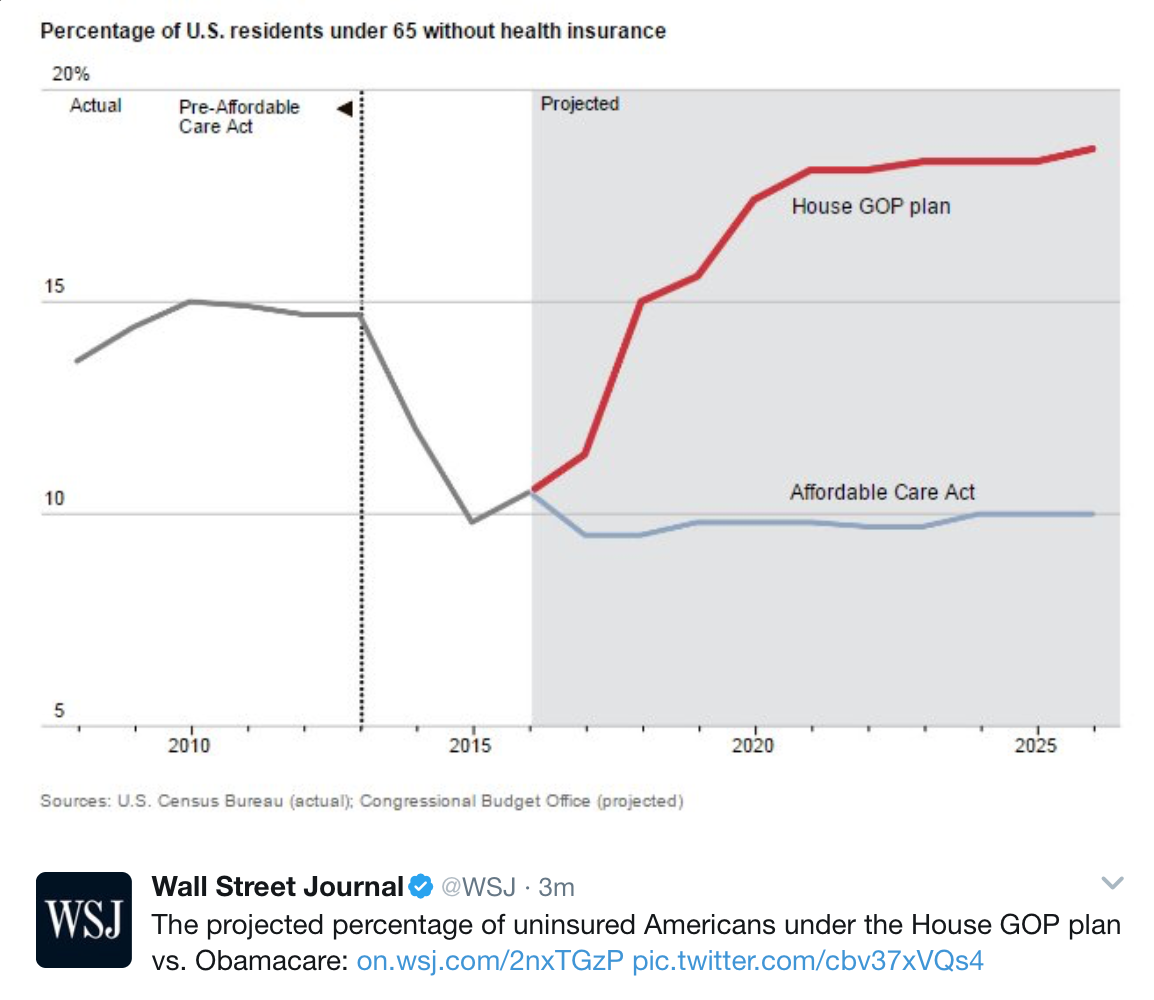 The Congressional Budget Office released its cost estimate today for the recent legislation called the “American Health Care Act” or AHCA. In short, the CBO forecast: AHCA reverses Obamacare progress if the AHCA were to become law. 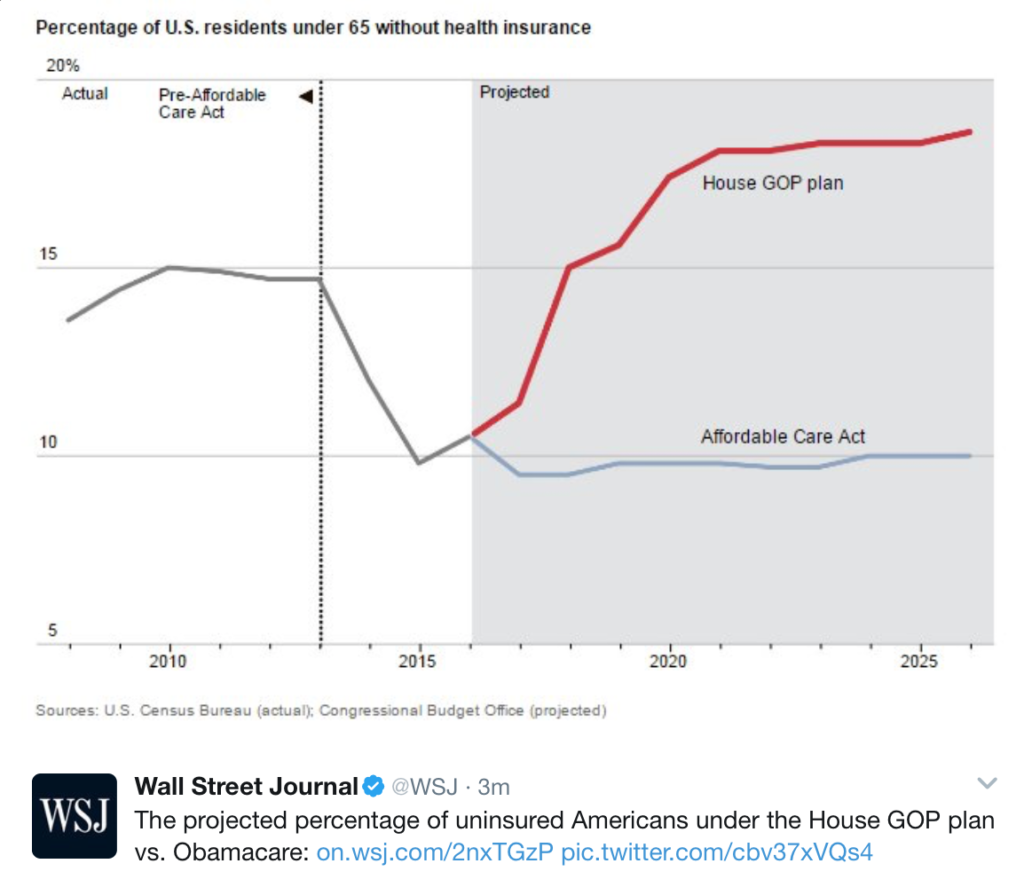 The nonpartisan CBO score shows the AHCA will reverse all the coverage gains of the Affordable Care Act (ACA or “Obamacare”), and result in even fewer people covered with health insurance in the next decade. Read the entire report here, and also understand that we — working on the front lines of safety net health care coverage — believe that some of the projections are too rosy, and the consequences could be worse than estimated. Apparently, the White House agrees with us, with their own internal modeling showing millions more Americans losing insurance.

The vast numbers of Americans losing insurance has huge consequences, as people without insurance are more likely to be sicker longer, with higher costs, and die from treatable conditions, than people who are covered by health insurance.

The AHCA achieves budget reductions by repealing taxes on wealthy Americans, cutting subsidies provided by those taxes, and slashing Medicaid, the crucial national health care program covering millions of lower-income Americans, particularly women and children. The CBO’s estimate is that Medicaid will be cut 25 percent by 2026, which raises troubling questions: Do we refuse treatment to sick children? Do we pay nurses less? Medicaid isn’t a luxury, so a smaller budget translates into lost jobs, reduced care, and sicker people.

With the loss of the individual mandate in the AHCA, we suspect premium rates could be double or even triple the 15 to 20 percent increase the CBO estimates, as younger and healthier people forgo coverage. Monthly premium prices might drop later only due to people purchasing cheaper so-called “mini-med” plans, that cover a lot less, with even higher deductibles.

Lower premiums depend on some assumptions:

According to the CBO, all these factors increase market stability and encourage insurers to continue participating in the individual market. However, CBO doesn’t mention cost-sharing or plan skimpiness as being the reasons why premiums might become lower.

The move from income-based subsidies, which address equity in access to health coverage, to age-based subsidies doesn’t benefit consumers, and particularly older low-income adults, whose premium costs could rise more than 700 percent to become the single largest portion of their income.

Medical and health organizations such as the American Medical Association (AMA) and the American Association of Retired Persons (AARP) have written letters to Congress stating opposition to the proposed AHCA. We have written Congress as well: we are committed to working with Congress to create better health care policy that covers more people with lower costs; the current AHCA isn’t better policy.

A couple of final thoughts:
The forecast of possible lower premiums in 10 years relative to the ACA is actually quite misleading. Premiums decreased in this model because people will buy skimpier plans. There’s a table showing the actuarial value of plans and they are significantly lower than ACA plans — with much higher cost-sharing. In addition, the premiums are lower because the CBO estimates fewer elderly will sign up because of the higher costs, which lowers the average premium per plan. But of course what happens to these older Americans who aren’t yet eligible for Medicare but can’t afford private insurance? They’re be sicker, die sooner, and – for people looking at financial implications – cost more to treat because they haven’t had care and therefor their health conditions are worse.

Another thing that isn’t really being talked about (yet), the CBO states that the Patient and State Stability Fund will be a primary reason why the market stabilizes. Yet those funds run out in 10 years. So what then?

And in the report, the CBO estimates that the 30% premium surcharge will actually hurt the risk pool, making it a poor substitute for the individual mandate.​ There’s much more to unpack here, and we’ll update with data and insights as we go forward.